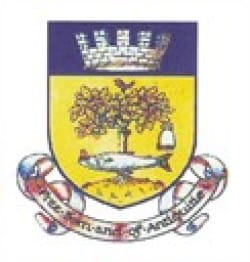 The Society is one of the Seventeen Burgess Associations of the City, the members of which must be Burgesses and Guild Brethren of Glasgow. The other organisations are: the Trades House, the fourteen Incorporations and the Deacons' Association.

The Grand Antiquity Society was instituted on 16th November 1756, by a number of persons, all Burgesses, for the purpose of uniting the old Burgess families of the City, preserving the continuity of Burgess-ship amongst them from generation to generation, and of affording relief to each other and their widows.

The qualification for membership goes beyond the simple Burgess and Guild Brother qualification required for the Incorporated Trades. Each applicant for enrolment must be a third generation Burgess and Guild Brother or Guild Sister in direct line or the husband or wife of such a third generation Burgess. Some of the existing members have a Burgess connection which extends through seventeen generations.

After the abolition of the exclusive privileges of Craft Guilds (in 1846), the Society was registered as a Friendly Society, the fear being that the Fourteen Incorporations (the chief feeder of membership) might gradually die out. This actually occurred in some other Burghs, but in Glasgow all the Incorporations continue to flourish as charitable and social associations.

In course of years Friendly Society status was thought to be inappropriate for the Society whose funds were used in charity but in such a way that no members could make a demand for assistance and it was abandoned when a new Royal Charter was obtained in 1899.

The sentiment which brought the Society into existence, love and pride in this City, is still strongly in evidence. Many grandparents enrol their grandchildren and present them with the Diploma as a suitable birthday present.

On 4 September 1992 the Society was honoured when The Princess Royal followed family tradition by joining as Royal Patron and honorary member.

Other members of the Royal Family who have enrolled include King Edward VIII, King George VI, The Queen Mother, Princess Margaret and the late Dukes of Gloucester and Kent.

Other honorary members include Sir William Kerr Fraser, former Chancellor of Glasgow University and his wife Lady Marion Fraser LT, a former High Commissioner to the General Assembly. The Most Rev'd Dr Mario Conti, former Archbishop of Glasgow and The Right Rev'd Dr Idris Jones, formerly Bishop of Glasgow and Galloway and Primus of the Scottish Episcopal Church.

The number of members of the Roll is 4,000 including about 1,400 ladies. The funds of the Society amount to approximately a quarter of a million pounds with the revenue from investments used for grants to members and their families in need.

The cost of the Burgess Ticket, obtainable from the city Chief Executive via the Licensing Department is:
Far Hand - £20 and Near Hand - £20.

Where it is inconvenient to produce the Burgess Tickets, details of the names and dates on the Tickets may be sent to the Clerk of the Society who will verify the particulars and intimate whether an applicant has the required qualifications.

The Clerk (contact details below) will be pleased to give further information on request.

The Society’s Annual Lecture 2021 was delivered by Professor Richard Oram on 12th November 2021. Entitled “The Historical Effect of Glasgow on the Environment” Professor Oram crammed about 1,000 years of history into 55 minutes in a fascinating manner. The Lecture can be viewed by clicking on the following link:-

The Society’s Annual Lecture 2020 was delivered by Professor Sir Geoff Palmer OBE on 4th November 2020. Entitled “Jamaica to Jamaica Street” Sir Geoff talked about Glasgow’s links to the slave trade. The Lecture can be viewed by clicking on the following link:-