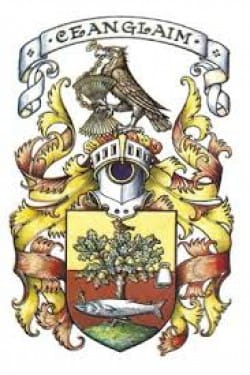 The Trades House of Glasgow, which was incorporated by Letter of Guildry in 1605, is an elective Body consisting of representatives chosen from each of the Fourteen Incorporated Trades or Craft Guilds of the City of Glasgow.

Each of these Craft Guilds received legal recognition as a Body Corporate by means of a Charter or Seal of Cause between the year 1516, when the first of such Charters was granted (by the Provost, Bailies, Council and Community with consent of the Archbishop, James Beaton, Chancellor of Scotland and Commendator of the Abbey of Kilwinning), and 1605 when the Trades House was constituted.

A movement was initiated during the Spring of 1920 to form a Lodge of Freemasons connected with the Trades House and the fourteen Incorporations and a meeting was held in The Trades Hall on 14th April, 1920, at which it was resolved to proceed with the necessary application to The Grand Lodge of Scotland.

A Committee comprising one representative of each Incorporation was appointed to carry this resolution into effect, and a Charter was granted by Grand Lodge on 4th November, 1920. On Wednesday, 17th November, 1920, The Trades House of Glasgow Lodge No. 1241 was erected and consecrated in the Trades Hall, 85 Glassford Street.

The Ceremony of erection and consecration was performed by Brother A. A. Hagart Speirs, D.L., J.P., of Elderslie, Provincial Grand Master of Glasgow.

One hundred and fourteen members of Lodges having, as Founders presented the petition to Grand Lodge, were admitted Life Members - of these, twenty-seven were Deacons or Visitors, thirty-three were Past Masters, and six had held both offices.

The Trades House of Glasgow Lodge meets in the Trades Hall on the 2nd Monday of each of the months of October, November, December, February and March at 6.30pm.