The Society of Deacons and Free Preseses 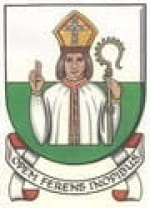 The Society of Deacons and Free Preseses was formed in the year 1780 when Glasgow had only 43,000 inhabitants. The City was, however, expanding rapidly and the very nature of this expansion and prosperity, arising as it did from the trades which had their ups and downs, lent itself to the formation of many worthy schemes for relief of distress among the people. Principal amongst these, the Trades House with its fourteen Incorporations, the Merchants House, Hutcheson's Trust, the Clan Societies and many other similar bodies all stood for benevolence and a great deal of good work was done by them.

The Society of Deacons and Free Preseses was formed to use the experience and benevolence of men who had been "a Deacon of one of the Incorporations of this City or a Preses of some charitable society and is a Burgess and Guild Brother of the City of Glasgow of good moral character". In addition to general benevolence there was a particular intention to provide benefits to Ex-Deacons and Preses and their dependants who might have fallen on hard times. By 1830 the funds of the Society were £230 and payments to the poor amounted to £8. After the Society had been in existence for 100 years in 1880 the funds were £1,658 and 30 pensioners were receiving 10/6d a quarter. At this time payments were made towards funeral expenses and coal money was provided during cold periods.

Around this time the terms of the original constitution were being departed from and the names of other societies, not essentially benevolent, began to appear. In 1857 the institution of the Association of Deacons of the fourteen Incorporated Trades began to operate against the same accession of new members from the Trades House and it is not surprising to find that in 1876 the rules of the Society were altered to provide for applicants being admitted who "were not and had not been Deacons or Preseses, but were desirous of joining the Society from motives of philanthropy" and from that date the rule has remained in this form.

Following another rule change in 1974 limited grants can be made to charities and individuals not connected with the Society and in 1996 with the Society's funds standing at £656,000, thirteen charities received a total of £14,000 and six pensioners received pensions and Christmas payments.

The original rules of the Society provided that there should be a "Box or Charter Chest wherein to deposit their bonds, bills and valuable papers"; the Box is still a cherished possession and there is now a collection of records and articles of no little historical interest which is added to annually by each Preses to represent his time of office.

The centenary of the Society in 1880 was marked by the acquisition of what was described as a "handsome medal and chain of office" for the Preses. This silver gilt medal was, however, passed on to the Treasurer in 1897 when a medal of solid gold was purchased for the Preses and these two medals are still in use today.

In May 2008, the Society petitioned the Lord Lyon, King of Arms seeking a 'Grant of Arms' as the style previously used were self assumed consisting of the old pre-grant City of Glasgow arms and those of the Trades House. The Arms were granted on 12th February 2010 and depict a half length figure of St.Kentigern mitred and vested, his right arm raised in the act of benediction having in his left hand a crozier with the motto beneath "OPEM FERENS INOPIBUS" (a hand to the needy).

The Clerk (contact details below) will be pleased to give further information about the Society on request.

The Society of Deacons and Free Preseses of Glasgow