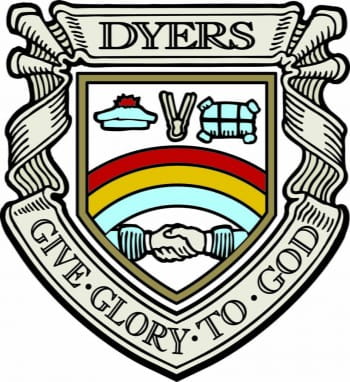 When the Town Council of Glasgow awarded a Seal of Cause (or Charter) in 1597 to the voluntary Association that had hitherto been supervising the bonnetmakers trading in the city, the craft of bonnetmaking received official recognition in Glasgow.

The effect of the Charter was to completely transform the unofficial and weak Association of craftsmen who made bonnets, woollen socks and wylie coats (flannel undervests or petticoats), into a legally recognised Craft with important powers, privileges and liberties. In return for these privileges, which effectively gave the Craft's members a monopoly on all bonnetmaking work in the city of Glasgow, the members were burdened with various duties that they had to observe. These duties included having to pay tax and watch and ward the city if called upon to do so, but the most serious burden on the Craftsmen was to ensure the maintenance of the old and incapacitated members of the Craft, together with the widows and orphans of deceased members.

It was not until 1760 that the Incorporation of Bonnetmakers took steps to have the members of the Dyers' Craft, who did not as a body have official legal status but with whose members the bonnetmakers had always worked intimately, assumed into their Craft. In an effort to prevent the use of false dyes, which it was felt was damaging confidence in the quality of Scottish goods both at home and abroad, the Town Council agreed to the merger and gave the combined Craft drastic powers of censuring bad work and punishing offenders. From then on the Craft has been known as the Incorporation of Bonnetmakers and Dyers of Glasgow.

In 1846 all the exclusive rights and privileges of trading that had been granted to the combined Craft were swept away by the Recissory Act, but the Craft members decided not to wind-up the Craft and distribute the funds to the members at that stage. Instead the members decided to channel the energy and enterprise of the Craft into the work of benevolence. Over the years since 1846 the Craft has continued to attract men and, following changes to the Bye-Laws in 2003, women who are associated in some way with the textile and dying trades, but the old spirit of exclusion has long since gone. Today the Craft's benevolence continues and considerable funds are distributed each year to the Craft's grantees.

New Members are very welcome. Applicants may apply to join either:

At the Near Hand: If they are wives, husbands, sons, daughters, sons-in-law or daughters-in-law of present or late Members

At the Far Hand: If they have no such previous connection

There are three stages to joining the Craft:

All Applicants must possess a Burgess Ticket from Glasgow City Council and so be a Burgess and Guild Brother or Sister of the City of Glasgow of Craft Rank. The cost of a Burgess Ticket is £20 for both Near Hand and Far Hand Applications.

Members of other Crafts within the Trades House of Glasgow will already have a Burgess Ticket and need not apply again.

All Applicants require matriculating with the Trades House of Glasgow, which costs £25.00.

All Applicants require to pay a one-off Membership Fee to the Craft.

Anyone who is interested in joining the Craft should download the attached membership form and sent it to the Clerk, along with the relevant entry money

History of the Incorporation

Copies of the Craft's History book are available for purchase from the Clerk at a cost of £12.50 (inclusive of postage and packing). If you would like to purchase a copy please send a cheque, made payable to The Incorporation of Bonnetmakers & Dyers of Glasgow, to the Clerk