Members of The Incorporation of Bonnetmakers & Dyers of Glasgow were entertained on 10th May by Nicola Woodward, an internationally renowned solo flute player. Nicola's concert was titled, "One World, One Flute" and featured music from around the world.

Deacon Robert Linton commented that our members and guests thoroughly enjoyed Nicola's playing and an opportunity to catch up with old friends at the buffet which followed, we were fortunate to be put in contact with Nicola as Ex Deacon Mariella MacLeod and Nicola's families have known each other from childhood in Malta. 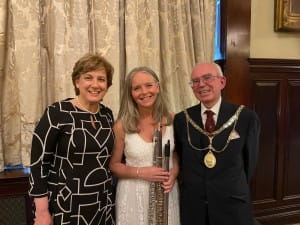 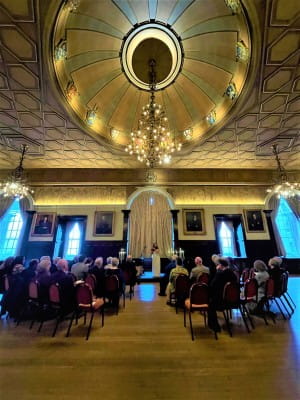 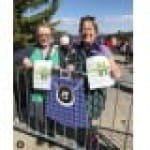 We would like to thank everyone who supported them both by donating. It is very much appreciated and will make a huge difference to children in Kinship Care

Thank you to the Incorporation of Weavers for the photograph

The Deacon Convener Bruce Reidford and his wife Anne were delighted to hand over our Glasgow's Spirit of Christmas donations to Barnardo's Easterhouse this morning.

Thanks to the generosity of the House, its Crafts, its members and its staff we raised £4,406.00 for gift bags meaning at least 75 young people aged 16+ will wake up on Christmas morning with presents from some very generous Secret Santas

We were also able to purchase 400 Love2Shop vouchers thanks to a £4,000.00 donation from the Late Convener Ken Dalgleish's 2020/2021 fundraising appeal.
These will also be given to young people aged 16+
Our total donation therefore this year is £8,416.00 - which is truly phenomenal 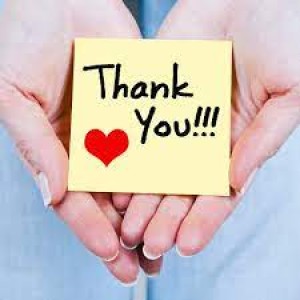 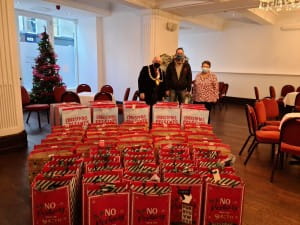 Bruce Reidford was this morning elected Deacon Convener of the Trades of Glasgow and the 3rd Citizen of Glasgow by fellow House members.

This is Bruce's second term in office He previously served as Deacon Convener in 2019 however his year was interupted by the COVID19 pandemic.

Assisting Bruce during his second term as Deacon Convener is Collector Ewen Mackie who was elected to the position this morning. Mr Mackie is an Ex Deacon of the Incorporation of Bonnetmakers & Dyers. He 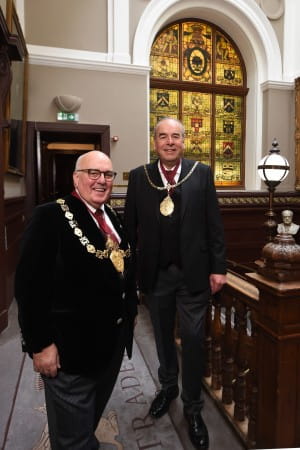 has spent his working life in the construction and property industry gaining a Saltire Award with one of his own companies and working with a multi-national as head of Operations in the UK. Always active in the NGO sector he is currently Chair of Lodging House Mission a charity dealing with homelessness and deprivation, and has in the past been Chair of the Institute of Administrative Management and President of Junior Chamber Scotland

The Lecture was given by by Professor Eleanor Shaw, Associate Principal and Professor of Entrepreneurship at Strathclyde University

For anyone who was unable to attend the webinar, it can be viewed here 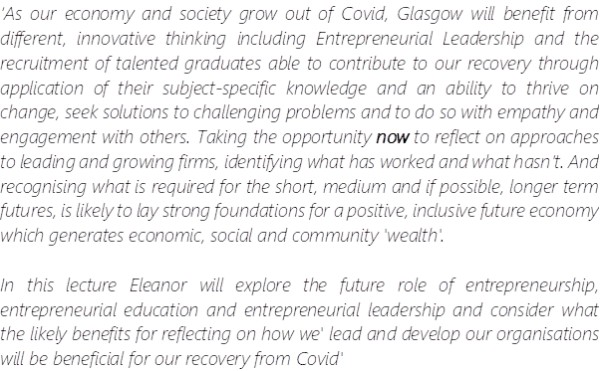 The economic impact of the Trades House of Glasgow, identifying both the contribution to the Scottish economy as well as its support to the most deprived areas of Glasgow.