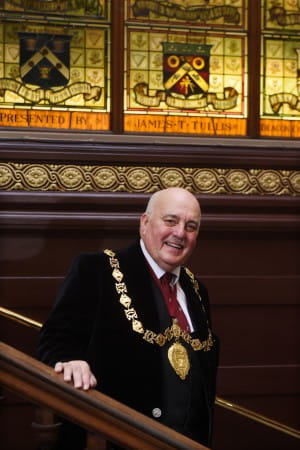 Bruce said; “I am greatly looking forward to my year as Deacon Convener. The work of the Trades House has been ongoing since the early 17th century and its contribution to the history and well-being of its citizens is, and will continue to be, a fantastic achievement.”

Bruce continued; “Our aim is to reach out to all sections of our community, especially those who are experiencing difficulties in these difficult times. The Trades House of Glasgow has had a positive impact on many people’s lives over the last 400 years, and we must ensure that through its charity work and educational initiatives this continues in as useful and relevant way as possible.”

John McKnight becomes the Trades House of Glasgow’s Collector after also being elected to the position. Mr McKnight was 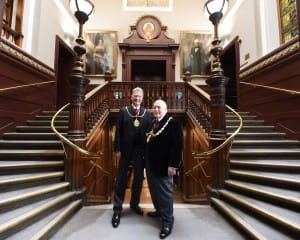 Technical Director with an engineering consultancy and is Ex-Deacon of the Hammermen.

The appointment of Mr Reidford is celebrated at a white tie DC’s Dinner with 180 people in attendance. The speakers included the Rt Hon the Lord Hardie QC and Bishop Idris Jones.