The THAC enjoyed another successful season with members enjoying 2 outings.

We started off in late May when 7 THAC anglers fished with 4 from the Nine Trades of Dundee. 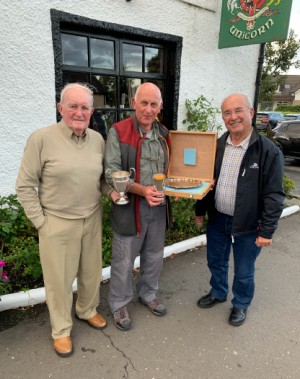 This is the 3rd year we have fished with our friends from Dundee and it was good to see a few more Glasgow anglers join the fray this year. We all caught fish at the excellent Frandy Fishery, and given the disparity in numbers agreed not to add a competitive element to the day. We all enjoyed an excellent meal at the Riverside Pub in Dunblane, where we were joined by ex Deacon Convener Roy Scott.

Our main event of the year is held at the Lake of Menteith fishery in late August or early September. This year we welcomed 15 THAC anglers and 1 guest to fish in a competitive but very friendly fixture to decide where the much-coveted silverware was going to be housed for the following year. It was a pleasant day on the Lake - the weather was quite kind to us - but, for most of us, the fish proved difficult to temp to take a fly. The main exception to this observation was Gordon Price (Tailor), who accumulated steadily throughout the day to register 8 fish at our weigh in. Gordon was well ahead of the pack, with Adrian Coats (Hammermen) and David Ogg (Cordiner) each catching 4 fish as the ‘best of the rest’. Others who did well were Steve Mannion and Ian Campbell (both Masons), Tom Gilchrist (Skinner) and Roger Drapper (Skinner and Glover). Judith Thomson (Skinner), our sole lady angler member on the day, brought 2 splendid rainbow trout to the scales at the weigh-in. We followed the angling element of the day with a delicious meal at the Lion and Unicorn Hotel in Thornhill.

The trophies, presented by ex-Deacon Convener Roy Scott, were awarded as follows: 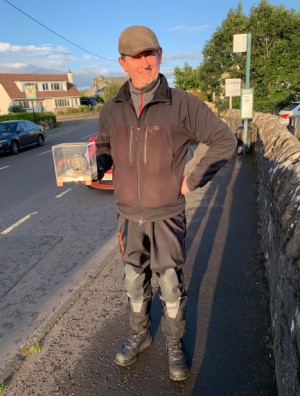 There are 2 outings planned for season 2020, with the annual competitive outing for the trophies with our friends from from the Nine Trades of Dundee will be held at the Frandy Fishery in late mentioned above to be fished at the Lake of Menteith on Saturday 22 August 2020. A social day is planned for May, on a date yet to be confirmed. Further information is available from the Glasgow THAC convener, David Ogg, on 01967 431654, 07879635161 or diogg@icloud.com