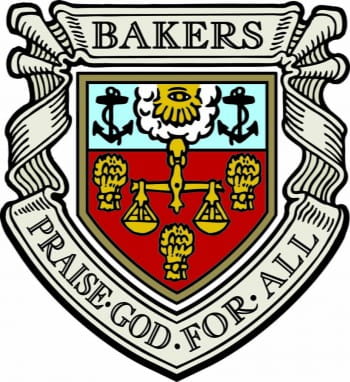 For almost three centuries ending in 1884, the Incorporation carried on the business of millers in mills located on the banks of the River Kelvin. One of these, the "Ancient Wheat Mill of Partick", otherwise known as the Archbishop's Mill and, in later days the Bunhouse Mill, was given to the Bakers of Glasgow by the Regent Moray in 1568. This was a reward for supplying the Regent's troops with bread as they camped at Langside, prior to the battle, and whose loss forced Queen Mary into exile and death, in England. Successive Earls of Moray, have been elected to honorary membership of the Incorporation, and it is hoped the current Earl will also join, thereby perpetuating the link established more than four hundred years ago.

The possession of the mills gave the Incorporation of Bakers of Glasgow the unique position of being the only Incorporation which actually carried on business institutionally in the city. Though it no longer owns the mills, the Incorporation is still the feudal superior of lands adjacent to the River Kelvin, including those on which the houses in Regent Moray Street are erected.

Over the years, members of many well-known baking families of the City have been members of the Incorporation and today, although many of the companies and firms have disappeared, the names Beattie, Stevenson, Montgomerie, Bilsland, McFarlane Lang, Peacock, and Currie are still to be found in the membership list, as are the proprietors of the more recently founded private bakery businesses in and around Glasgow. The Craft elects 4 members annually to the Trades House.

Today the Incorporation is engaged in works of charity and benevolence. Christmas and holiday gifts are paid to needy pensioners and the Incorporation provides prizes for students of baking and allied subjects at the City of Glasgow College.

Networking evening - Thursday 26th May 2022. Further details will be issued in due course

All meetings with the exception of the AGM will take place at 6.15pm in the South Gallery, Trades Hall

To apply to become a member of the Incorporation of Bakers, please download and complete the application form and relevant Burgess Ticket form from the links below, and return to the assistant clerk, along with a copy of proof of identification and the applicable payment.

Cost for membership is as follows:

Once completed forms are received, they will be forwarded to the Master Court for approval.

Give Them A Slice

Until recently, The Bakers supported up to six groups with grants of £1000, that endeavoured to teach their patrons, the importance of healthy eating. Poor diet, linked to people disadvantaged both socially and economically, is of great concern amongst health professionals, educators and politicians and the severe health repercussions thereof; obesity, diabetes, hypertension and heart problems. To change bad eating habits, we recognised the need to remove barriers to healthy eating. The affordability of healthy food, the development of positive attitudes to sensible eating, improved food selection, and promoting learning of skills in food preparation including baking, were viewed as the route to this goal.

The Master Court has recently decided to divert its charitable funds to educational uses, and to encourage schoolchildren and students to understand the benefits and the joy of baking, and possibly choose it as a career. We are currently working with a large Trade organisation and The City of Glasgow College to implement this new project.

The Incorporation of Bakers of Glasgow book

To view the updated (correct to 2001) version the book, please click here